After 10 or so years of fighting different headache disorders while also running into a variety of other health issues, I’ve been reassured by family, friends and strangers that I’m strong. People have said (thinking out loud it always seems) how they can’t imagine how I do it.
While recently I’ve only felt weak, it’s nice to hear others see something different.
Sometimes, I don’t know how I do it either, though. But I do, because I have no other option. There is no giving up. There is no throwing of the white flag.
So stand tall in your invisible cape. Stay strong. Keep fighting. People never will truly understand how you handle it all, but that’s because they don’t know how strong you really are.

After close to 10 years of dealing with my chronic and exertion headaches, I have learned that I truly can do anything but not everything. I’ve pushed through terrible headaches during fastpitch tournaments in the blazing heat 🔥, hiking miles up and down a mountain🏔, working a full time job💻, and smiling when it seemed impossible. After all that, I know I can do anything.

However, after having to quit playing the game I loved, skipping the group hiking trips, calling in sick to work sometimes, and often missing out on some of the adventures and activities my friends have planned, I know that I can’t do everything. I’ve learned to prioritize my health so that I don’t push myself when I know it would only lead me to feel even worse. I’ve learned that my headaches come during times I find inconvenient and disappointing, but I know that when its all said and done, I need to look after my health before all else ☝🏼️. It was a lesson learned after much stubbornness and denial, but it’s one my body thanks me for now.

After close to 10 years of dealing with my chronic and exertion headaches, I have learned that I truly can do anything but not everything. I’ve pushed through terrible headaches during fastpitch tournaments in the blazing heat 🔥, hiking miles up and down a mountain🏔, working a full time job💻, and smiling when it seemed impossible. After all that, I know I can do anything.

However, after having to quit playing the game I loved, skipping the group hiking trips, calling in sick to work sometimes, and often missing out on some of the adventures and activities my friends have planned, I know that I can’t do everything. I’ve learned to prioritize my health so that I don’t push myself when I know it would only lead me to feel even worse. I’ve learned that my headaches come during times I find inconvenient and disappointing, but I know that when its all said and done, I need to look after my health before all else ☝🏼️. It was a lesson learned after much stubbornness and denial, but it’s one my body thanks me for now.

All too often we can find ourselves in bad places. Throughout my journey I’ve seen numerous days of endless head pain, emotional distress and mental worry. It’s hard to get yourself to turn your frown upside down 🙃 when you are in these kinds of moods. However, I try to remind myself that while a good cry every once in a while is warranted and good for the soul, no good will come from sitting around sulking all day long. ☝🏼️ I find reaching out to a few good friends to make me laugh always gets me smiling. I like watching my go to comedies (aka Friends and The Office) because those are guaranteed to lighten my mood and make me laugh no matter how many times I’ve seen the same episodes. Also, I’ve found ice cream and pizza work wonders. 😊🍕🍦 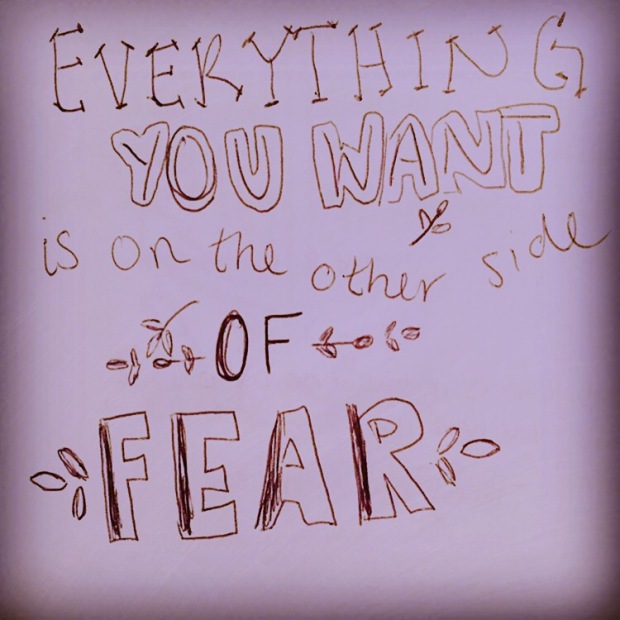 Having to always cancel plans, be left out of activities, know that you can’t do some of the things most people can, and always having to explain yourself, it’s easy to become worried about what others think of you. I wonder what they think when I try to explain why I can’t go on the hiking trip with everyone (for example) because my head will start hurting just five minutes in and the rest of the time will be like a living migraine filled nightmare for me. I used to fear people would think I was just making excuses or something. I’d fear that they would judge me for what I couldn’t do, and not for what I can do: which is fight a debilitating battle against head pain. There have been multiple instances where people don’t understand the severity of it and will say something like “oh come on! Don’t be a baby!” In which case I try my best not to get upset and defensive, knowing some people wouldn’t last an hour with a migraine while hiking 7 miles up and down a mountain (and from experience I know it feels like you would rather pluck your head off than continue hiking)

I’ve gotten over that fear though, because I know I don’t need to explain myself to everyone. The people who are close to me understand and don’t need an explanation anymore. The people who are close to us won’t demand an explanation. I also know that everyone has their own battles. Why should I judge them when I don’t know what they’re possibly going through? The saying “you can’t really understand a persons experience until you’ve walked a mile in their shoes” couldn’t be more true.

If you get over the fear of what people think of you, you will do so much more in your life and feel so much more comfortable and confident 🙌🏼✌🏼️

As it’s Invisible Illness Awareness Week, I wanted to give a shout out to everyone out there battling an invisible illness, disorder or pain. Other’s can’t see the fight we fight day in a day out, so it makes it harder for them to understand just how difficult it can be sometimes. When we say we don’t feel well, there are often looks of concern, confusion or even disbelief because it doesn’t show on the outside. Well, if we could give you a sense of how it felt on the inside, we would–and we try to. It’s hard to explain to others how even though we look ok (and about the effort it takes to just look presentable some days) when we really do not feel anything close to ok.

Show the world your strength and courage by continuing to fight your fight.

For us, showing courage may not happen through loud words and actions. Instead, our courage is shown when we tell ourselves to keep trying, keep fighting and keep going when some days that’s extremely hard to do. Courage is going to bed feeling discouraged and in pain, but telling yourself “I will try again tomorrow. I will continue to fight tomorrow. I will hope for a better tomorrow.”

Find Me On Social Media

Rather than coming up with big resolutions for the new year (that I usually don’t stick to 🙊), I love setting monthly intentions that hold attainable goals for me to strive for that month. 📅 It’s important to think big picture, but I think it’s more important to prioritize the smaller things that we have to do to create that big picture for ourselves. And these three things are what I have been focusing on the most lately: • Stop overthinking 💭 Quiet my mind in the moment and act how I feel will best serve me right then • Expand my freelance work 📝 I’ve been working on a few different freelance writing projects, but they aren’t in areas I’m passionate about. It helps to make extra 💰 but I want to do it in a way that I enjoy! So I want to broaden the topics I’m writing about & the type of work I spend my time doing • More preparation, less procrastination ⏱ it doesn’t help my anxiety to always be pushing things til the last minute. I need to figure out how to best prepare (no matter what it’s for) so that I can stop overwhelming myself. • • • What are you focused on the most right now? What small steps are you taking to help get you closer to your big picture goal? . . . #january #intentions #newyear
Merry Christmas ❤️🎄I hope you have found peace, love, joy & low pain today wherever you are spending the holidays! 🎅🏼Reminding myself why we celebrate this holiday & am feeling very blessed to have family & friends, near and far, to be thankful for. 👫Sending you all my love & good thoughts today 💕 #merrychristmas
Happy “Christmas Eve” Eve ✨ I haven’t been posting as much as usual, because honestly I had been feeling better than I have in years. I was having days where I went a couple of hours with zero pain. 🙌🏼And understandably so, I got caught up in actually enjoying the low pain days & pain free hours. But then, as my fellow #chronicpainwarriors can relate to, the pain returned with a what felt like a vengeance. 💥It’s been hard to not overthink how or why my pain came back with such force, but I’ve been trying to practice patience and take it one day at a time, just like I always have before 💆🏼‍♀️ . . . #invisibleillness #spoonie #chronicpain
A great reminder that chronic illness is a journey filled with many ups and downs 🎢 If you’re like me and are using several different treatments at one time, your journey becomes a trial and error process of learning which treatment is actually working and how 📊and in that process, your symptoms get worse, get better, or stay the same and it’s usually never predictable. Just keep riding the 🌊 and be kind to yourself along the way 💛 via: @thechrillness #chronicillness #invisibleillness #wednesdaywisdom
Me and my sweet tooth love #nationalcookieday 🍪 Something I’ve noticed over the many years of having migraines, is that my sugar cravings spike right before and right after a migraine attack 📈 how do you deal with these sugar cravings? Have you noticed a linkage between sugar and your migraines/headaches or other conditions? 🍭 📸: @xp3cto . . . #migraine #sugar #invisibleillnessawareness #chronicillness
🎄December Intentions 🎄 Focusing this month on my spiritual mindset and living intentionally day to day. ❄️”Be more present” stop worrying about where I could be or where I will be tomorrow, and start relishing in or accepting whatever moment I’m in right now. 🙇🏼‍♀️ ❄️”Learn something new every day” whether it’s through a podcast, a book, a friend, at work, etc., I want to keep my mind stimulated and pick up new knowledge wherever I can! 📔 ❄️”Ten minutes of meditation or prayer each day” doing so helps me set the tone for the day & helps me get in the right mindset to take on whatever may come at me that day 🙏🏼 ❄️”Foster a giving heart” because this is the season of giving and I want to remember that even when I think I don’t have a lot, there is always someone out there who has less and could use our help. We only get out of this world as much as we give back to it 💛 . . . What are your #intentions for #december?

Information posted here should not be considered medical advice; this is a personal blog that is not intended to replace information provided by health care providers. You should always consult licensed medical professional before undergoing any treatments. You, the reader, agree to take information and/or advice, at your own risk. Links to other website and content are not endorsements of those sites or content/services/products. I just provide information that I have found personally helpful.